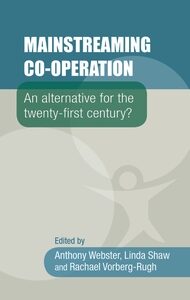 An alternative for the twenty-first century?

After decades of flying beneath the radar, co-operation as a principle of business and socio-economic organisation is moving from the margins of economic, social and political thought into the mainstream. In both the developed and developing worlds, co-operative models are increasingly viewed as central to tackling a diverse array of issues, including global food security, climate change, sustainable economic development, public service provision, and gender inequality. This collection, drawing together research from an interdisciplinary group of scholars and co-operative practitioners, considers the different spheres in which co-operatives are becoming more prominent. Drawing examples from different national and international contexts, the book offers major insights into how co-operation will come to occupy a more central role in social and economic life in the twenty-first century. 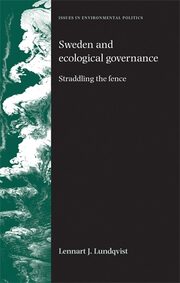 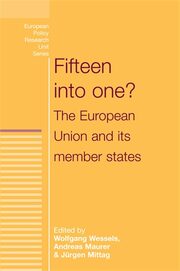 The European Union and its member states

This book takes up traditional approaches to political science. It aims to offer a mixture of conventional and specific analyses and insights for different groups of readers. In view of the European Union's multi-level and multi-actor polity, the book highlights the complex procedural and institutional set-up of nation states preparing and implementing decisions made by the institutions of the European Community (EC). In looking at the emerging and evolving realities of the European polity, it shows how European institutions and Member States (re-)act and interact in a new institutional and procedural set-up. It explores how governmental and non-governmental actors in different national settings adapt to common challenges, constraints and opportunities for which they are mainly themselves responsible. The book discusses the Belgian policy toward European integration as a significant demonstration of its commitment to multilateralism and international co-operation in security and economic affairs. Attitudes to European integration in Denmark, Germany, Finland, Greece, and Spain are discussed. Tendencies towards 'Europeanisation' and 'sectoralisation' of the ministerial administration during the process of European integration and the typical administrative pluralism of the Italian political system seem to have mutually reinforced each other. Strong multi-level players are able to increase their access and influence at both levels and to use their position on one level for strengthening their say on the other. German and Belgian regions might develop into these kinds of actors. A persistent trend during the 1990s is traced towards stronger national performers, particularly in terms of adaptations and reactions to Maastricht Treaty.