Women in the Weimar Republic

The Weimar Republic, with it fourteen years of turbulent political, economic, social and cultural change, has attracted significant attention from historians primarily because they are seeking to explain the Nazis' accession to power in 1933. This book explores the opportunities and possibilities that the Weimar Republic offered women and presents a comprehensive survey of women in the economy, politics and society of the Weimar Republic. The Republic was a post-war society, and hence, the book offers an understanding of the significant impact that the First World War had on women and their roles in the Weimar Republic. The book also explores to what extent the Weimar Republic was 'an open space of multiple developmental opportunities' for women and considers the changes in women's roles, status and behavior during the Republic. It discusses women's participation in Weimar politics, as voters, elected representatives, members of political parties and targets of their propaganda, and as political activists outside the parliamentary arena. The book investigates the impact, if any, on women's employment of the two major economic crises of the Republic, the hyperinflation of 1922-23 and the Depression in the early 1930s. It describes the woman's role within the family, primarily as wife and mother, the impact of the changes in family and population policy and attitudes towards female sexuality. The Weimar Republic also witnessed significant changes in women's lives outside the home as they accessed the public realm to pursue a variety of interests. 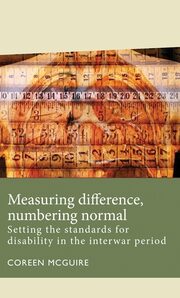