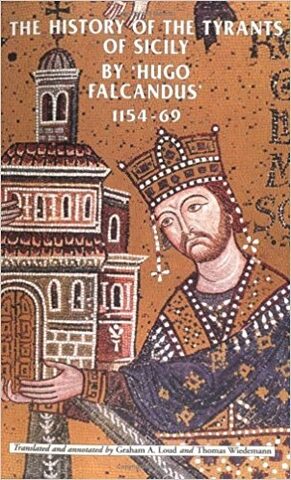 This book is our principal source for the history of the Kingdom of Sicily in the troubled years between the death of its founder, King Roger, in February 1154 and the spring of 1169. It covers the reign of Roger's son, King William I, known to later centuries as 'the Bad', and the minority of the latter's son, William II 'the Good'. The book illustrates the revival of classical learning during the twelfth-century renaissance. It presents a vivid and compelling picture of royal tyranny, rebellion and factional dispute at court. Sicily had historically been ruled by tyrants, and that the rule of the new Norman kings could be seen, for a variety of reasons, as a revival of that classical tyranny. A more balanced view of Sicilian history of the period 1153-1169 has been provided as an appendix to the translation in the section of the contemporary world chronicle ascribed to Archbishop Romuald II of Salerno, who died in April 1181. In particular the chronicle of Romuald enables us to see how the papal schism of 1159 and the simultaneous dispute between the German Emperor Frederick Barbarossa and the north Italian cities affected the destiny of the kingdom of Sicily. In contrast to the shadowy figure of Pseudo-Hugo, the putative author of the principal narrative of mid-twelfth-century Sicilian history, Romuald II, Archbishop of Salerno 1153-1181, is well-documented.