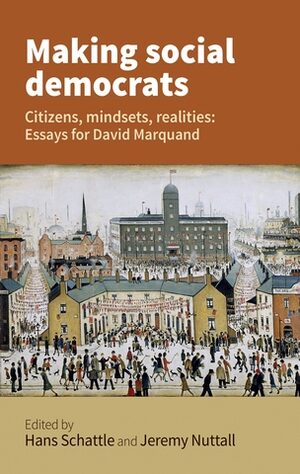 Social democracy's often diffuse societal, intellectual and cultural influences have exceeded and outlasted Labour's direct electoral success. This book focuses questions relating to the popular values, mindsets and sense of citizenship needed to further social democracy on that deeper enterprise of this book. It reflects on the 'big picture' of social democracy and progressivism, both historical and contemporary. Part I takes the historical bird's eye view, exploring social democratic and liberal dilemmas that both pervaded the twentieth century and remain very much alive today. It suggests that scholars and political analysts tend to under-play the extent to which progressivism and the voters have managed to operate in constructive harmony. Tracing new and social liberalism's, distinctive offer of a fusion between social interdependence and individualism, the volume assesses the failure of this British liberalism to become the over-arching driver of politics. The Scottish secession from the United Kingdom in the aftermath of the Brexit referendum is also discussed. Part II takes stock of the critical scrutiny, discussing 'Western' democracies alongside the dominance and the extensive body of thought from David Marquand on citizenship, and especially Marquand's civic republican vision. Part III seeks to apply Marquand's search for the 'principled society', discusses social and psychological concept of 'neighbourliness', and examines the public good less as a fixed entity. Finally, the significance of Christopher Addison and his notions on the democratic socialism and liberal progressive traditions, and pluralism are discussed.