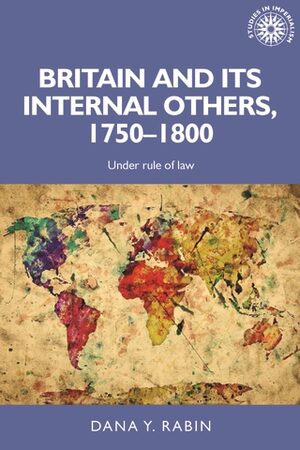 The rule of law, an ideology of equality and universality that justified Britain's eighteenth-century imperial claims, was the product not of abstract principles but imperial contact. As Britain's Empire expanded in the second half of the eighteenth century, British law managed interactions among peoples and cultures, linking metropole and colonies in a vast imperial legal web. This book revisits six notorious incidents that occasioned vigorous debate in London's courtrooms, streets and presses: the Jewish Naturalization Act and the Elizabeth Canning case; the Somerset Case; the Gordon Riots; the mutinies of 1797; and Union with Ireland. The Canning case showcases the threatening nature of poor single women and their status as outsiders. Analysis of the Jewish Naturalization Act has served as a case study of eighteenth-century parliamentary politics, and Jewish historians have treated it as an important moment in Anglo-Jewish history. The Somerset case has been the object of inquiry for scholars investigating the history of slavery, the African presence in Britain, labor conditions in the British Empire, and slavery in the American colonies. The Gordon Riots and the pamphlets and images produced in their wake were a means of debating and resisting, as well as justifying and defending, the imperial policies of the British state. Responses to the actions initiated by sailors at Spithead in the spring of 1797 highlight many of the themes of eighteenth-century politics and life. The failure to pass the Act of Union in 1799 reversed the normal power relationship between metropole and colony in Ireland.

‘Britain and its internal others creates and stirs a much needed debate on the history of equality before the law by those who were perceived as other due to colonialism. Bringing together six distinct legal events with similar themes is no easy feat, and Rabin does so with ease coupled with detailed scrutiny and explanations.
Rechtsgeschichte – Legal History