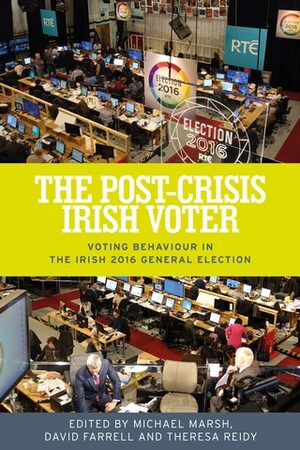 This is the definitive study of the Irish general election of 2016 – the most dramatic election in a generation, which, among other things, resulted in the worst electoral outcome for Ireland’s established parties, the most fractionalized party system in the history of the state and the emergence of new parties and groups, some of these of a ‘populist’ hue. This was one of the most volatile elections in Ireland (and among one of the most volatile elections in Europe), with among the lowest of election turnouts in the state’s history. These outcomes follow a pattern seen across a number of Western Europe’s established democracies in which the ‘deep crisis’ of the Great Recession has wreaked havoc on party systems.
The objective of this book is to assess this most extraordinary of Irish elections, both in an Irish and a wider cross-national context. With contributions from leading scholars on Irish elections and parties, and using a unique dataset – the Irish National Election Study (INES) 2016 – this volume explores voting patterns during Ireland’s first post-crisis election and considers the implications for the electoral landscape and politics in Ireland.
This book will be of interest to scholars of parties and elections. It should provide important supplementary reading to any university course on Irish politics. It should also be of interest to general readers interested in contemporary Irish affairs.