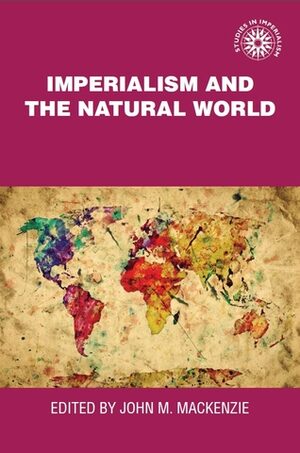 Imperialism and the natural world

Imperial power, both formal and informal, and research in the natural sciences were closely dependent in the nineteenth century. This book examines a portion of the mass-produced juvenile literature, focusing on the cluster of ideas connected with Britain's role in the maintenance of order and the spread of civilization. It discusses the political economy of Western ecological systems, and the consequences of their extension to the colonial periphery, particularly in forms of forest conservation. Progress and consumerism were major constituents of the consensus that helped stabilise the late Victorian society, but consumerism only works if it can deliver the goods. From 1842 onwards, almost all major episodes of coordinated popular resistance to colonial rule in India were preceded by phases of vigorous resistance to colonial forest control. By the late 1840s, a limited number of professional positions were available for geologists in British imperial service, but imperial geology had a longer pedigree. Modern imperialism or 'municipal imperialism' offers a broader framework for understanding the origins, long duration and persistent support for overseas expansion which transcended the rise and fall of cabinets or international realignments in the 1800s. Although medical scientists began to discern and control the microbiological causes of tropical ills after the mid-nineteenth century, the claims for climatic causation did not undergo a corresponding decline. Arthur Pearson's Pearson's Magazine was patriotic, militaristic and devoted to royalty. The book explores how science emerged as an important feature of the development policies of the Colonial Office (CO) of the colonial empire.