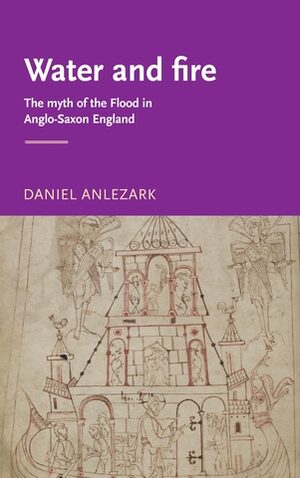 The myth of the Flood in Anglo-Saxon England

The story of the Flood, inherited by the Anglo-Saxons during their conversion to Christianity, was transformed by them into a vital myth through which they interpreted the whole of history and their place in it. The dual character of the myth, with the opposition between threatened destruction and hope of renewal, presented commentators with a potent historical metaphor, which they exploited in their own changing historical circumstance. This book explores the use of this metaphor in the writings of the Anglo-Saxons. It is the integration of a well-known biblical story into the historical and cultural self-definition of a group of people converted to Christianity and its worldview. The Flood in the Bible is clearly a punishment, though the sin is not so well defined. This forms part of a historical pattern of sin and punishment extending back to Eden, and progressed to the sin and exile of Cain. For Bede the historian, the Flood was a key event in the earlier history of the world; for Bede the theologian, the Flood was an event replete with mystical significance. In Exodus and Andreas all the poems share an interest in two themes, which emerge from the biblical story of the Flood and its theological interpretation: covenant and apocalypse. Noah is the 'one father' not only of Israel, but of the whole human race, and his introduction widens the concept of 'inheritance' in the Exodus. The book concludes with a detailed discussion of the significance of the Flood myth in Beowulf.

‘This is a fine and highly rewarding book for students of Saxon literature, history, and culture and those interested in religious myth and Christian thought.'
Catherine Cubitt, University of York
Journal of British Studies, Vol. 49, No. 1