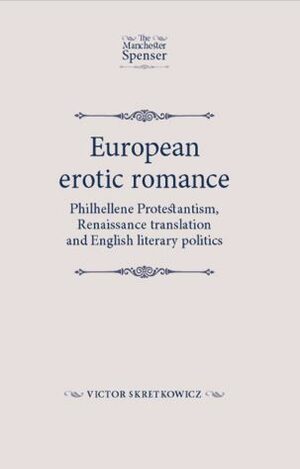 Relatively late manifestations of the European philhellene revival of Greco-Roman letters presented to readers complex, extended prose fiction in which the trials of love mask an implicit moral and political allegory. Inevitably, coming during the Reformation, Counter-Reformation and the Catholic Reformation, this cultural phenomenon was not without its religious and political dimensions. Longus, Achilles Tatius and Heliodorus were the three principal English exponents of rhetorically conscious Greco-Roman erotic romance. This book enhances the understanding of the erotic romances of Philip Sidney, Shakespeare, and Lady Mary Sidney Wroth by setting them within an integrated political, rhetorical, and aesthetic context. It investigates how Renaissance translators alter rhetorical styles, and even contents, to accord with contemporary taste, political agendas and the restrictions of censorship. Particular attention is paid to differences between the French courtly style of Jacques Amyot and François de Belleforest and the more literal translations of their English counterparts. Valuable perspective on the early translations is offered through the modern English versions in B.P. Reardon's Collected Ancient Greek Novels. The book considers the three texts of Sidney's Arcadia, as a political romance sharing many of the thematic and rhetorical concerns of the ancients. It focuses on a narrow range of Shakespeare's plays including Julius Caesar and Antony and Cleopatra. The book identifies Mary Sidney Wroth's masque-like prose allegory, The Countess of Montgomery's Urania, as philhellene Protestant political propaganda.