Catholic nuns and sisters in a secular age

‘Catholic Nuns and Sisters in a Secular Age, Britain 1945-90 adopts an innovative approach to the exploration of the lived experience of Catholic women religious in this period. Their experience is considered as part of a movement, organised for social change. This is related to other social movements of the time. A significant contribution to British social and cultural history, it adds a gendered and religious perspective to the understanding of social movements which emerged in the mid-twentieth century. […] The result is a landmark publication. ’
History of Women Religious of Britain and Ireland
July 2020

‘‘Mangion’s impressive volume seeks to dispel the notion that religious communities were separate from, and out of touch with, the wider world…. Catholic nuns and sisters in a secular age is a most welcome addition to the existing historiography which will undoubtedly inspire and encourage further research.’’
Grace Heaton
Reviews in History
August 2020

‘Mangion skilfully deploys the stories of individual women religious to map the institutional changes taking place around them… [She] brings the women to life, revealing their hopes and fears, their humanity, how the ordinary can become extraordinary… An accessible book that achieves its aims and should have a wide appeal.’’
Dianne Kirby
Socialist History

‘‘A significant contribution to British social and cultural history, it adds a gendered and religious perspective to the understanding of social movements which emerged in the mid-twentieth century… The result is a landmark publication.’’
Maria Patricia Williams
History of Women Religious of Britain and Ireland
June 2020

‘‘An inspiration in its originality and rigour, and a pleasure to read, Catholic nuns and sisters in a secular age is a major and progressive contribution to academic work on modern women religious.’’
Flora Derounian
British Catholic History
October 2020

‘‘Mangion’s book is a fascinating addition to the literature, and can be highly recommended to everyone interested in twentieth-century British women’s history, the British sixties and postwar western Christianity.’’
Sam Brewitt-Taylor
Women’s History Review
November 2020

‘‘Mangion’s book is a major contribution to the under-researched history of lived religion and will quickly be recognised as a landmark study for all historians of twentieth-century Catholicism.’’
Naomi Rich
Twentieth Century British History
November 2020

'[An] exemplary work of historical synthesis ... Mangion’s work attests to the diversity of experience of the 1960s and to the limits of secularisation that overlook or exclude those subjects that do not conform to the prevailing narrative.'
Jeremy Bonner
The Journal of Ecclesiastical History
October 2021

‘Mangion's thoughtful and well-written narrative creates a powerful text that is a delight to read.'
Margaret M. Scull
Journal of the Catholic Archives Society
July 2021 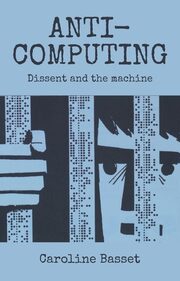