The earliest antecedent for this book dates from 2001, when one of us (Anne Murcott) set up a writing group for PhD students and junior research fellows in the social sciences while holding a visiting position in New Zealand at CSAFE, University of Otago. On returning to the United Kingdom she then set up a similar group in Science & Technology Studies at IGBIS, University of Nottingham. This second group met monthly for close on a decade, attended at one time or another by something like thirty PhD students, of whom the other of us (Andrew Balmer) was one.

It is he who devised this book, created its shape and developed it especially for undergraduate students taking courses in sociology. Although our combined experience of teaching, supervision and management runs up to post-doctoral level, we have tailored the book towards undergraduate essays and dissertations in order to provide a solid grounding for developing basic techniques of writing, not simply to help students completing their first degree but also to provide a foundation for whatever direction they take after graduating. We are well aware that there are many books for students about how to write (and list a selection in the Appendix): advice about writing in general has a long, varied and often opinionated history, including ‘classics’ by Robert Graves, George Orwell and Margaret Atwood in the last hundred years alone. We have aimed this book at a very specific literal and metaphorical gap – the space beside the laptop during the very doing of an essay – in which it may sit ready to be consulted as the actual work of putting an essay together unfolds.

We are heavily indebted to fellow members of both original writing groups, but to the Nottingham one in particular for their commitment, colleagueship and great good humour – as well as for inventing the informal name of the group which we have impertinently purloined for the title of this book. We are also very grateful to undergraduate students who have given us permission to use extracts from their essays and dissertations to illustrate our discussion (and to whom we have randomly referred as ‘she’ or ‘he’ to help conceal their identity). We wish to thank everyone at Manchester University Press who helped us with this book, but especially Tom Dark, our editor, for his support and for extremely helpful discussions at critical stages of the book’s preparation. Thanks are also due to the anonymous reviewers of the manuscript. And we would like to record our appreciation to many colleagues and friends for conversations about writing over as many years, including, in particular, Paul Atkinson, Wendy Bottero, Kate Bulpin, Hugh Campbell, Sara Delamont, Robert Dingwall, David Evans, Ian Jack, Hilly Janes, Lindy Sharpe and David Woodhead.

We alone, however, are responsible for errors or misconstructions in the final text.

The craft of writing in sociology 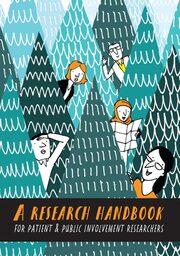 A research handbook for patient and public involvement researchers

This handbook is written for patients and members of the public who want to understand more about the approaches, methods and language used by health-services researchers. Patient and public involvement (PPI) in research is now a requirement of most major health-research programmes, and this book is designed to equip these individuals with the knowledge and skills necessary for meaningful participation. Edited by award-winning mental-health researchers, the book has been produced in partnership with mental-health-service users and carers with experience of research involvement. It includes personal reflections from these individuals alongside detailed information on quantitative, qualitative and health-economics research methods, and comprehensively covers all the basics needed for large-scale health research projects: systematic reviews; research design and analysis using both qualitative and quantitative approaches; health economics; research ethics; impact and dissemination. This book was developed during a five-year research programme funded by the UK’s National Institute for Health Research (NIHR) called Enhancing the Quality of User Involved Care Planning in Mental Health Services (EQUIP). The handbook clearly outlines research practices, and gives an insight into how public and patient representatives can be involved in them and shape decisions. Each chapter ends with a reflective exercise, and there are also some suggested sources of additional reading. People who get involved in health research as experts from experience now have a textbook to support their research involvement journey.