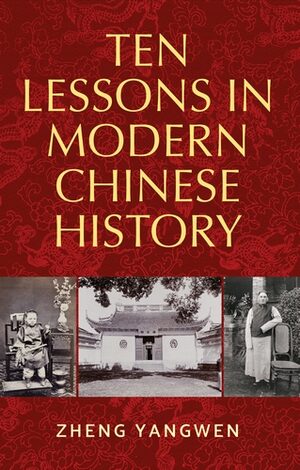 Ten Lessons tells the story of modern China from the eve of the First Opium War to the Xi Jinping era. This was a most turbulent period of time as the Middle Kingdom was torn apart by opium, Christianity, modernisation, imperialists, nationalists, warlords and the Japanese, and as China reinvented and reasserted itself on the world stage in the post-Mao era. Unlike the handful of existing textbooks, which narrate without primary sources and without engaging with academic debate, Ten Lessons is devoted to students, from university to high school, as it uses extensive primary sources to tell the story of modern China and introduces them to scholarship and debates in the field of Chinese history and beyond. This will help students understand the real issues involved, navigate their way through the maze of existing literature and undertake independent research for essays and dissertations. The book also points out gaps and inadequacies in the existing scholarship, to encourage postgraduate studies. It is ‘mental furniture’ for the increasing army of journalists, NGO workers, diplomats, government officials, businesspeople and travellers of all kinds, who often need a good source of background information before they head to China.