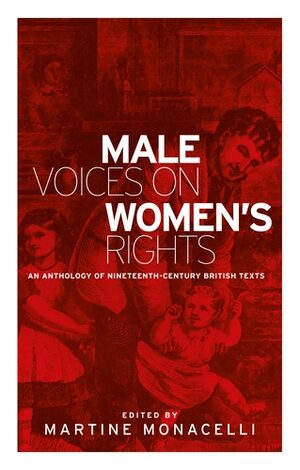 In the feminist Pantheon John Stuart Mill and William Thompson have always featured high, somewhat screening the constellation of progressive literati, men of thought, letters and action who also vindicated and promoted women’s rights. It is the purpose of this book that these men’s voices can be heard. Male voices on women’s rights brings together a unique collection of original nineteenth-century texts, mixing seminal, little-known, or forgotten writings ranging from 1809 to 1913. It comes as a timely complement to the rare scholarly studies undertaken in recent years on men’s roles in the history of feminism, and will be welcomed by anyone interested in its intellectual sources.
The documents, drawn from diaries, essays, parliamentary speeches, pamphlets, newspaper articles, or sermons, testify to the part played by the radical tradition, liberal political culture, religious dissent, and economic criticism in the development of women’s politics in nineteenth–century Britain. They also give some useful insight in the (often emotional) tensions, contradictions, or ambiguities of positions provoked by shifting patterns of masculinity and re-definitions of femininity, and will help revise common assumptions and misconceptions regarding male attitudes to sex equality. This text collection provides more than just source reading: Its substantial historical introduction adds value to the interpretative framework preceding all selected extracts, thus rendered immediately exploitable by students and teachers alike. 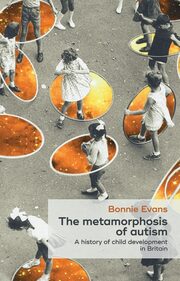 The metamorphosis of autism

A history of child development in Britain

This book explains the current fascination with autism by linking it to a longer history of childhood development. Drawing from a staggering array of primary sources, it traces autism back to its origins in the early twentieth century and explains why the idea of autism has always been controversial and why it experienced a 'metamorphosis' in the 1960s and 1970s. The book locates changes in psychological theory in Britain in relation to larger shifts in the political and social organisation of schools, hospitals, families and childcare. It explores how government entities have dealt with the psychological category of autism. The book looks in detail at a unique children's 'psychotic clinic' set up in London at the Maudsley Hospital in the 1950s. It investigates the crisis of government that developed regarding the number of 'psychotic' children who were entering the public domain when large long-stay institutions closed. The book focuses on how changes in the organisation of education and social services for all children in 1970 gave further support to the concept of autism that was being developed in London's Social Psychiatry Research Unit. It also explores how new techniques were developed to measure 'social impairment' in children in light of the Seebohm reforms of 1968 and other legal changes of the early 1970s. Finally, the book argues that epidemiological research on autism in the 1960s and 1970s pioneered at London's Institute of Psychiatry has come to define global attempts to analyse and understand what, exactly, autism is. 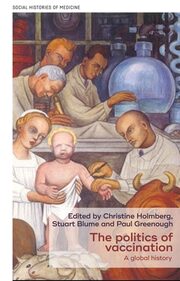 The politics of vaccination 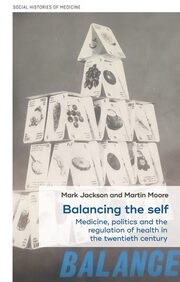 Medicine, politics and the regulation of health in the twentieth century

Concepts of ‘balance’ have been central to modern politics, medicine and society. Yet, while many health, environmental and social challenges are discussed globally in terms of imbalances in biological, social and ecological systems, strategies for addressing modern excesses and deficiencies have focused almost exclusively on the agency of the individual. Balancing the Self explores the diverse ways in which balanced and unbalanced selfhoods have been subject to construction, intervention and challenge across the long twentieth century. Through original chapters on subjects as varied as obesity control, fatigue and the regulation of work, and the physiology of exploration in extreme conditions, the volume analyses how concepts of balance and rhetorics of empowerment and responsibility have historically been used for a variety of purposes, by a diversity of political and social agencies. Historicising present-day concerns, as well as uncovering the previously hidden interests of the past, this volume’s wide-ranging discussions of health governance, subjectivity and balance will be of interest to historians of medicine, sociologists, social policy analysts, and social and political historians alike.