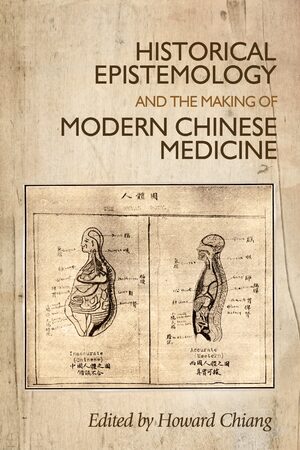 ‘In 2015, Tu Youyou became the first Chinese Nobel laureate in physiology or medicine. She won the prize for her research on the antimalarial drug artemisinin; this work explicitly drew upon traditional Chinese materia medica. The award signaled a public recognition of non-Western medical knowledge. In what forms had pharmaceutical knowledge emerged in China? How had it changed, or not, in response to the introduction of Western biomedicine to East Asia? And how are we to understand contemporary relationships between Chinese and Western therapies? This timely edited volume seeks to answer some of those questions. It will be of manifest interest to scholars of the history of Chinese medicine but also to practitioners of East Asian medical traditions and a broader audience in science studies.'
Mary Augusta Brazelton
Isis—Volume 107, Number 4
December 2016

‘The eight case studies collected here explore from various points of view the emergence of Chinese medicine in the modern period through moments of transformation and rupture that involved a re-orientation towards new worlds of science, technology and commerce yet relied on lived connections with the past. In doing so, they vividly underscore the key theoretical insights of this volume: that the historiography of modern Chinese medicine must be transnational in scope and philosophical in nature.'
Volker Scheid, Professor of East Asian Medicines and Director of the EASTmedicine Research Centre at the University of Westminster, London


‘This book is a pioneering work of scholarship at the intersections of historical epistemology, science studies, and Chinese medical history. Following the three analytic rubrics of objects, authority and existence, eight case studies range from Ginkgo biloba to blood, a nineteenth-century physician to twentieth-century "acubabies", forensic to bedside medicine, and the debates over the historiography to the efficacy of Chinese medicine. Each case demonstrates how valuable historical epistemological perspectives are in revealing the complex making of modern Chinese medicine over the long twentieth century.'
Marta Hanson, Associate Professor in the History of East Asian Medicine at Johns Hopkins University