Brian Hill’s musical documentaries embody the essence of Judith Butler’s notion of ‘performativity’ as the discourse used in identity formation. By asking his characters to sing their stories in addition to traditional interviews, Hill creates multiple screen identities, which elicits an embodied intimacy that is as much about freeing marginalised people to enact themselves in front of the camera as it is about revealing the director’s own performance. This article uses a cognitive framework to explore how Hill’s documentary, Pornography: The Musical (2003), leads the spectator to challenge existing social stereotypes of sex workers, as well as schematic ideas about traditional documentary form and function. 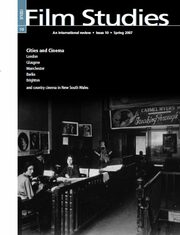